Super, SUPER excited to share this amaaaaaaaazing book with you guys. I'm sure some of you have seen pictures, reviews, and interviews floating around the blogosphere, but I promise everything on here is completely original and exclusive to ONLY everyone who reads it on here. ;) 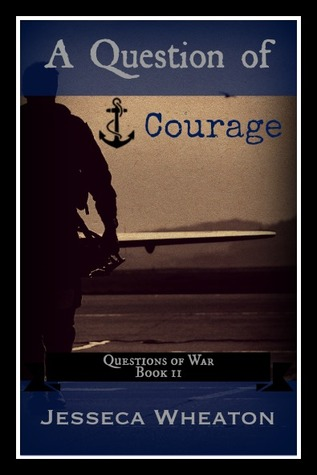 A man. A decision. A destiny. Rafe Sullivan never imagined the war would come to his doorstep. But when Pearl Harbor is attacked and America's focus suddenly shifts to the pacific, he finds he can't ignore the problem anymore. Leaving the life he loves behind, he joins up to do what he does best. Fly. Yet, nothing could have prepared him for the horrors of war, and the struggle that is going on in his own heart. As an outstanding navy pilot, he is stationed on one of the few Pacific carriers. But could God be calling him to step out in faith, and go beyond the call of duty? Lily Wilson gives her all to help the hurting community around her. With the bombing of Pearl Harbor, the war is brought home to many American families. And as a nurse, she longs to be able to relive some of the suffering. Yet, her own grief is still fresh in her heart, and though she's made the decision to get on with her life, she can't seem to leave the past behind. When healing at last comes, the guard she placed around her heart slowly begins to crumble. But when she receives the news she hoped she would never again hear, can she trust that God’s plan is always right?Arthur Warrington saw the Navy as an escape from the life he left behind. And it seems good for him. He is able to forge new friendships and distance himself from his past. But when his best friend makes a decision that rocks his world, he is left grappling with the question: what is true courage? Three lives. One War. And a search for the Courage to go on.


~ My Review ~
Five beautiful stars for a beautiful story that deserves all of them and more. Oh, Jesseca, you've done it again. I've always been a fan of your writing, and I'm blessed to call someone so talented my friend. You have grown so much in your writing whether it's style, themes, or character building. Somehow, you manage to have me laughing until my sides ache one moment, then crying my eyes out the next moment, feeling like my heart will never recover.
The characters were far and away my favorite part of the story. Rafe was...amazing, Art completely stole my heart and is now my baby that no one can take away from me, Lily is now a heroine of mine with her incredible ability to trust God through trials, and the rest of the Oz guys...lets just say that they had better show up in the next book. B-)
Historical fiction is something I struggle to write (hence I have no published historical books) and therefore I'm in awe of people who can write it. ESPECIALLY those who can write it well. And you, Jess, are one of those writers. You're so good with research and everything, you have become a role model for me. :)
I admire your ability to make such a moving sequel to A Question of Honor, and I look forward to reading the next book. ;) No pressure.
~ About the Author ~ 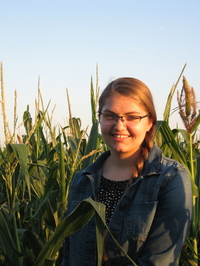 Jesseca is a daughter, sister, and a child of God. Her days are spent reading, cooking, spending time with siblings, or playing piano. And writing, of course! At an early age words fascinated her, and her love for the printed page has only grown. She lives with her parents and seven siblings in the sunny state of Kansas, and she’s convinced there’s no place like home.
Visit her blog, HERE in order to check out a giveaway!

~ Exclusive Interview ~
What was the hardest/easiest things about writing a sequel to A Question of Honor?
Easiest? I had already established the setting and background in book #1, so I was just building on that. Hardest would have to be trying to research the carrier war  in the Pacific, and figuring out how the planes were stories and how takeoff happened. Such small details aren't covered by most history books. ;)
Was it ever emotionally challenging to research the WWII era? And then write about it?
At many times yes, it is. Because there was so many different conflicting emotions that were going on in that whole era. (Not that there aren't now, either . .. xD)
And of course writing it and trying to be historically accurate is hard. Because the fact is that many men died, and when you're writing you don't really want anyone to die. But it happens, at times. And it is hard. There's no getting around that. Death is a harsh reality of life, especially at war.  But that knowledge doesn't make writing about it any easier.
Since I know you can't answer who your FAVORITE character is (aren't I nice B-) who was the character you were able to relate to the most in A Question of Courage?
*grins* You are so nice. xD I'd have to say Rafe. We're different, but we also have many similarities. And many of the same struggles. In fact, the issues Rafe was struggling with throughout the book was the same thing I was struggling with at the time I wrote it. God really used the writing of the book to teach me many things. And a lot of them, I learned through Rafe. ;)

For you, what was the easiest (and hardest) part of the writing process for A Question of Courage?
Easiest? Writing it. I'm still not sure why, but it the words just came and it was seriously the easiest book I've ever written, and I wrote it the fastest of any book I've ever written. Hardest? The research. Hands down. It's hard to find details about the war in the Pacific. A lot harder then researching for the war in Europe. I think a lot of it has to do that, in many ways, it was the 'forgotten' part of the war. Everyone knows about Hitler, but ask them about the Pacific and all they'll be able to tell you is Pearl Harbor, and maybe the Battle of Midway. It's just not as known.
Do you think there's going to be a book three? (Hint, hint, nudge, nudge)
Well . . . I wrote about 3/4 of it for NaNo in November, sooo... yes. And a 4th is in the works as well. ;)
Thanks so much to Jesseca for being an amazing author and creating such fabulous books. SPEAKING OF WHICH...
Her book released yesterday, and it HAS to be read after the first book so go get them BOTH on Amazon. Then be sure to give them crazy awesome reviews on Goodreads and Amazon. Then recommend them to all your friends and buy them for each family member for Christmas...etc. You know what to do. Go do the stuff. And have a fabulous rest of your day! Thanks so much for dropping by!
Until next time, let everything you do be done for the glory of God!﻿
﻿
at December 02, 2017