﻿Today I'm bringing you a subject very near and dear to my heart. PET PEEVES. I've done Pet Peeve Posts in the Past (lovely alliteration, right? :P) And while wracking my brain for more Christmas post ideas, I thought wait, I haven't done a pet peeve post in awhile...why not do a Christmas one? To be safe, I looked back at my previous pet peeve posts (again with the alliteration... this is fun B-) and sure enough, not a SINGLE pet peeve about Christmassy stuff. SO. 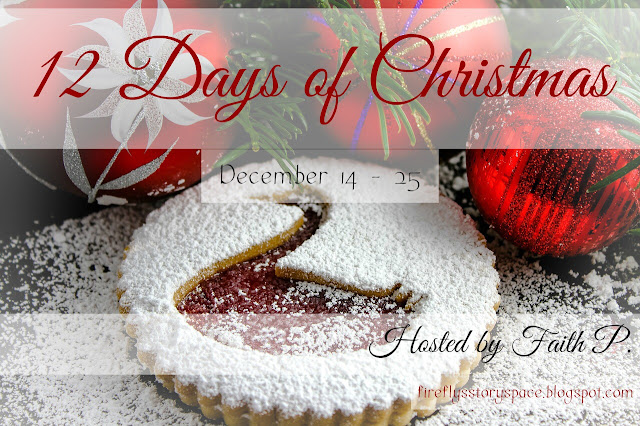 I'm going to give you some pet peeves I have about Christmas in particular. Your job is to realize that these following things I'm going to rant about are my opinion, so don't take anything personally. To those of you who disagree with me on the following pet peeves, please understand that I don't look down on you for that, believe me, I know I'm weird about some of the things I have opinions on. If you think differently, that's totally fine. I respect your opinion as I hope you will respect mine.

And, above all, don't take this too seriously. This post is supposed to be FUN. Just sit back and enjoy my tangents. ;)

Guys, I love my Christmas songs. Personally, I don't think songs like "Hark the Herald Angels Sing", "O Come, O Come, Emmanuel" and "Silent Night" should be only played during the last little bit of November and the month of December. I know some people think that this tradition makes these songs more special...and in some ways I see their point...but I'm not going to go 11 months of the year without listening to my favorite songs. Just saying.

~Pet Peeve #2 ~
When people substitute Christmas with other words or phrases like "Xmas" or
"Happy Holidays"
Do I think people sin when they say "Happy Holidays" instead of "Merry Christmas"? No. That phrase is perfectly fine...but something about using that instead of a good ol' fashioned "Merry Christmas" rubs me the wrong way. I just feel like substitutions are used in order to remove all signs of God from the season, and that frustrates me. Probably in most cases, that thought doesn't even cross the person's mind who uses the substitute phrase. But with everything already moving away from focusing on Christ during Christmas, that one thing is kind of the straw that breaks the camel's back (to use a Christmassyish metaphor...you know, camels...wise men...? *crickets* Never mind.) 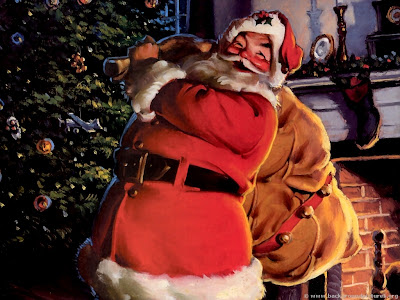 I don't have anything against the story/ies behind this traditional figure, but the way this man has become such a huge part of Christmas...drowning out the story of the birth of our Messiah...makes me want to push back with shunning him completely. That, of course, would be the extreme reflex to the issue, and one I won't make, but the fact remains that I think he shouldn't be such a huge part of JESUS' BIRTHDAY. I mean, really?

~ Pet Peeve #4 ~
When secular stories are mixed with the Biblical Christmas story
I don't remember when, but at one point, I watched this cartoon about Santa getting his sack stolen or lost or something and this little orphan girl helping an elf find it. At one point, she asks why the magic sack is so important, and the elf explains that it was made from the same swaddling cloth that Jesus was wrapped in as a baby, and that was why it's magical.
At the time, I don't think it bothered me...I was probably like five or six, and theology wasn't as important to me as it is now. But years later that sort of thing really bothers me. I don't like when my REAL God is mixed up in stories that are obviously UNreal. It's almost like Jesus' birth is lumped in with the other traditional fairy tales as "one of those stories". A tradition, but not necessarily something that ACTUALLY happened. And that ruffles my feathers. (Ok, I'm not going to even try to get that metaphor to work as a Christmas metaphor...)

This. Just. WHY??? Have the people creating nativity sets ever actually READ the Christmas story? Luke chapter two, y'all. THE WISE MEN DON'T GO AND WORSHIP JESUS AT THE STABLE. That's the shepherds, ok? The wise men come at least a year later, maybe two. Jesus is a toddler when they show up. And, above all, I sigh extra loud when I see a picture (like the one above) of ONLY the three wise men at the stable. *face palm* Not only do these people get the wrong people in there at the wrong time, but they don't even have the RIGHT people in there at the right time! (a.k.a the shepherds)
Also, to go along with this pet peeve, here's my other wise men pet peeve: nowhere in the Bible does it say that there were THREE wise men. They brought three different kinds of gifts, yes, but that doesn't mean there were only three of them. Just thought I'd throw that out there.

So, there are a few pet peeves of mine when it comes to Christmas. I probably could have come up with more...but we'll leave it at that before I end up offending everyone in the world. XD
Which pet peeves do we share in common? (If any! ;P)
Which ones were you surprised to see up there?
What's your opinion on these? (I ask in fear and trembling...please be nice in your disagreement guys. I don't want to have to delete any comments, ok?)

Well, I hope you enjoyed reading my rants. Thank you for putting up with me and my opinions. Again, I don't judge you for having a different opinion on any of these pet peeves of mine. I only posted this for entertainment purposes, don't take anything personally. I DON'T HATE ANY OF YOU. YOU ARE STILL MY FRIENDS.

I'll be back in a couple days with a tag all about Christmas books...so stay tuned!

Until then, let everything you do be done for the glory of God! :)