Babysitting, Sunburns, and Out of State Siblings

Well, this is it. The farewell post to my favorite month of Spring. *sighs* I think that May wins as the fastest fleeing month of this year so far...which is saying something, since ALL the months have gone by incredibly fast. I'm still catching my breath after April. And Summer isn't going to go by any slower. Our family is already neck-deep in preparing for a pretty significant milestone for a certain younger brother of mine this Saturday AND a church retreat next week. Life just doesn't appear to listen to me when I politely request it to SLOW DOWN. Ugh. But enough introduction. I'm sure you're wondering what on earth has kept me strangely quiet on here...honestly, I'm wondering a bit myself. ;) 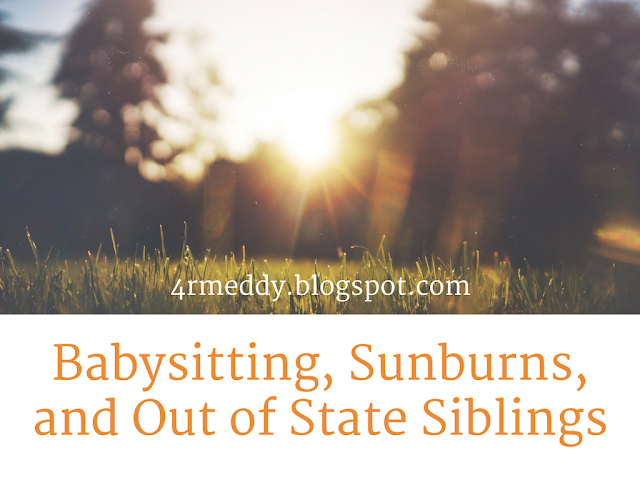 This month started with my parents deserting my older sister and I to fend for ourselves as the babysitters of younger siblings while they flew to Wisconson and witnessed my one and only older brother graduate from his seminary. He then joined them and returned to Washington were he was going to be ordained by a group of elders and pastors who had been a godly influence to him throughout his growing up years.
The day before Andrew's ordination ceremony, my older sister Sarah (yes, she's the one who got married recently) came up for a week to see us and watch Andrew ordained.
The last time we were all together was for Sarah and Jesse's wedding last September, so having all of us together for a whole week was pretty special. :)
During this crazy time with all ten of us running around (selfishly trying to get in as much time with Sarah and Andrew as possible) I had my first nanny job end after the parents' schedules lined up so that one could watch the baby while the other worked. This wasn't a tragedy for me...it was exactly what the goal had been when I started babysitting Alice. But with the dad on military time we hadn't known if it would work like we hoped it would.
Here's where I started realizing God had everything figured out for me...a couple days before I found out that my job watching Alice was at an end, a different nanny job was offered to me, this time for two little girls. At first, there was no way I could juggle the two jobs together, but God quietly shut one of the two doors and I landed this new nanny job. (I'm starting in just a couple weeks!) I'm still in awe at how He managed to put that altogether for me. Don't tell me He doesn't care about the little things in my life. He does. Always has, always will.
May ended with our church's annual Memorial Day Picnic, hosted at our house. This event requires a LOT of yard work (and house work) that kept all of us busy the entire month. However, God blessed us with AMAZING weather and a wonderful turnout of people. It was fun to see new faces in addition to all the awesome regulars. ;)
You know those sunburns I mentioned in the title? Yeah, I got pretty scorched during the time spent outside. BUT THEY WERE SO WORTH IT. I also got doused in water...our water ballon fight kind of turned into a "lets fill up five gallon pails and drench everyone with those". It was cold. And it made playing volleyball in our sanded court rather painful. BUT THAT WAS ALSO WORTH IT. XD

Writing:
This month was not a very good month of writing. I hate to make excuses for my sad amount of writing...BUT family time IS kind of important. However, next month I'm taking a class on college composition, so I'll be cranking out essays by the bucketload. Thankfully, writing essays is something I actually enjoy.
I wrote a Mother's Day poem. That ought to count for SOMETHING, right?
I did write some in "A New Name", and started outlining "The King's Cousin" and "Silent Voices"...so May wasn't a complete loss. ;)

Reading:
I'm in middle of like...five to ten books right now, but I did actually COMPLETE three books during May around all the insane mess of busyness. And all three were amazing. Reviews to come on Goodreads. :) 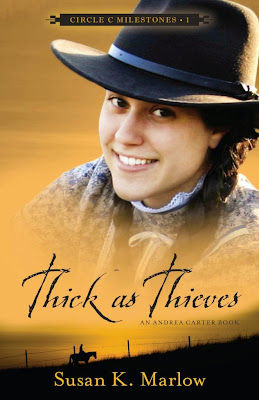 Editing:
My wonderful group of beta readers have been wading (pun intended ;) their way through "Ocean Mist" with surprising speed. Two have finished their first read through already, with a couple others not far behind. I'm so grateful for their helpful insights. My poor story needs a lot of help, and help is exactly what they're giving. Without them, I wouldn't feel nearly as confident that my story is going to become something worth reading as I do now. :)

Music:
Here's a sample of what I've had on my playlist this last month.
This song can ONLY be sung in a Scottish accent.
And it will probably be stuck in your head.
You're welcome. ;)
Here are the lyrics...in case you couldn't understand what he's saying. :P I included some interpretation of some of the words below (identified by *.)
The Midges

Chorus
The midges, the midges, I'm no gonnae kid ye's,
The midges is really the limit,
Wi teeth like pirhanas, they drive ye bananas,
If ye let them get under yer simmit*!

The Lord put the Garden of Eden on earth,
And it's north of the Tweed, we believe,
Ay, Scotland's the place, and the whole human race,
Started off with MacAdam and Eve!
In six days or under, he finished this wonder,
Except for the Forth and Tay Bridges,
Then always a bloke for a practical joke,
He made Scotland the home of the midges!
Chorus

Back in 1314, the proud Edward was keen,
To take Scotland into his care,
But he made a U-turn when he reached Bannockburn,
Just a few weeks before Glasgow Fair!
For the midges let loose by King Robert the Bruce,
Straight into the English they tore,
So they ran off in tears, and for six hundred years,
They've been blocking the A74!
Chorus

Now never forget, when the sun's going to set,
And the midges arise on Loch Eck,
Like the vampires you see, played by Christopher Lee,
They will give you a pain in the neck!
You can smack them and whack them; in vain you'll attack them,
For they know every move that you make,
If you manage to kill yin****, another half million,
Are ready tae come tae the wake!
Chorus

Now Torquil the piper's a giant of a man,
With a sporran** as long as your arm,
And in Oban he's known, for the sound of his drone,
And a pibroch*** of real highland charm!
But they're sighing and sobbing, the ladies of Oban,
For Torquil is not what he was,
Since a midge in Glenbranter got hold of his chanter*****,
And carried it off in its jaws! 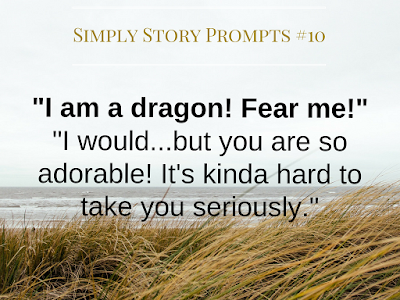 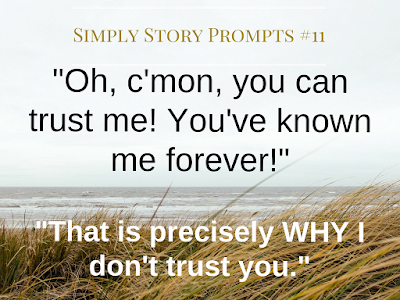 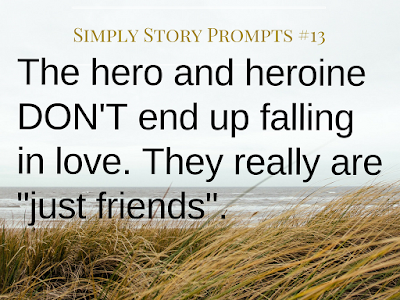 Because I foresee a very busy month ahead of me, I thought I'd warn you all that I might not be able to post much on here. I'll try to reply to your comments, and expect a couple blog posts throughout the Summer (I'm still planning on doing 21 Answers posts and monthly overview posts)...but I'm taking a break from Internet stuff (excepting Camp NaNo) until September.
You could write me snail mail if you really need to get ahold of me. :P I just have a lot going on in my life right now, and the Internet has been bumped down a few notches in my priorities list. So there you gave it.
Also, I'm going to try to upgrade my blog a little...which will mean a lot of days when you happen upon it during the middle of the construction process. Try not to get a heart attack. Everything will look better (hopefully) by the end of summer. :P Speaking of which, I NEED HELP FOR THIS. If any of you are any good at blog design, please let me know you're interested in helping a poor girl out via a quick email. Otherwise, I'll try to manage on my own. *sniff* *puppy-dog eyes*
Other than that, I think I'll stop rambling and let you get on with your life. How was YOUR month of May? ;)
at May 31, 2017