And just like that, February is over...thus enabling me to post my FIRST end-of-the-month recap post because I missed January. (Whoopsnotwhoops.) And, yes, I will announce the giveaway winners at the end of this post...though *spoiler alert* they already know who they are. ;) Since I'm obviously not in a "let's make a crazy long, exciting introduction" mood, let's jump right into this monthly recap thing with both feet. Otherwise I'm going to bore you to death within the first minute you spend on this post. XD
﻿ 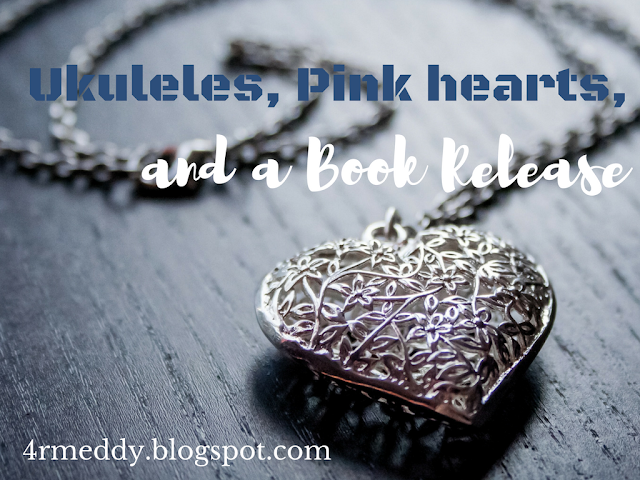 ~ LIFE ~
So February and January have done their best to make me realize yet again that this life is not going to listen to me as I gasp for air and yell at it to SLOW DOWN.
However, in a weird way, I'm glad my life is as busy as it is. Much as I wish I could find more time to read and write, I love the hectic chaos that is my life and I wouldn't trade my life for anyone else's if you paid me. (No offense)
As most of you know, during February I released my first EVER fairytale re-telling, "Sleeping Handsome". You all were super supportive and sweet in your congratulations and help in spreading the word. ^_^ I just recently ordered a set of 20 copies to distribute among church family who have asked for signed copies, and if any of you are interested, there will be a few extra copies if you also want to claim a autographed copy. ;)
College has been happening...between helping grandparents and housework and my nanny job. I'm hoping to have a total of 45 college credits within the next two weeks. Wish me luck! ;)
My job as a nanny is, as always, a blast. And though there are definitely challenging days, I love "my girls" to pieces. Basically, I have two more adopted siblings that I get paid to watch. :P
To wrap up this post and explain my title, I added a ukulele to my collection (Patrick has a brother now!! :D) His name is Sean (pronounced sh-aw-n in case you, like me, have always thought that name was pronounced "seen". *shakes head* Irish people and their crazy pronunciation) and he is a concert ukulele. Patrick is a soprano uke, so its nice to have a slightly bigger one with a broader range and lower tone. :)
Also, you may have noticed that Valentine's Day happened. AND YES, RELEASING MY BOOK ON V-DAY WAS ON PURPOSE. XD I hope you all had a wonderful time eating chocolate and watching Hallmark videos. :P ﻿
~WRITING ~
With the release of "Sleeping Handsome", I've given myself a sort of writing hiatus while I focus on my next college test, but as you have seen, I do have another project up my sleeve... B-) But more on that later.﻿
~ MUSIC ~
Do to Valentine's Day having happened, I chose a couple favorite sweet songs to feature in this month's "favorite music of the month" section. You're welcome. ;)
﻿
~ ANNOUNCEMENT SECTION ~
First and foremost, special thanks to all of you who participated in the giveaway I hosted during the release of "Sleeping Handsome"!
Congrats to the three girls who got to come away with a prize! :)
Hanne and Abigail won two "The Princess and I" bookmarks each, and Ashley won a signed copy of "Sleeping Handsome"! :)
This month there is going to be a celebration for the first birthday of "The Princess and I" and so there will be another giveaway soon, I promise. ;)
Ok, second announcement: the last post I put on here was about a cover conundrum I was having with my collection of poetry I'm trying to publish at some point in the next couple months.
WELL.
With all the votes from you on the blog, family members, friends from church, and critique partners to total votes came out DEAD EVEN. Exactly 1/3 of everybody liked each of the covers. *face palm*
SO.
Here is what I have decided to do. In order to solve the issue, I'm going to do something I have NEVER DONE BEFORE. I'm going to publish my poems in each cover and the buyer can choose which cover they prefer and buy that one. So its a win-win for everybody! :) I don't know why I hadn't thought of that before, but there you are. XD Also, I'll be adding a little more information to the first cover, so it's not QUITE as simple as it was. Anyways, closer to the release I'll be asking for help spreading the word again, so keep an eagle-eye out for that post.
I hope you all had an amazing February, and I hope you will have an amazing March. :)
Until next time, let everything you do be done for the glory of God!
﻿
at March 02, 2018