I'm putting this in italics because this post is really not supposed to be by me. My older sister Margaret (see the "My Family" link) is a very funny person. And that is somewhat an understatement. If you ever have met her or ever meet her, you'll understand why I say this. B-) But anyways, to get back to the point, Margaret is nineteen, and she noticed that a lot of Christian girls her age were writing about how they thought courting and dating were different, and which they thought was the better way to get to know someone as a possible spouse. Not to be beaten by them, she wrote her own views on the matter. I read them, and I asked her if it would be alright if I posted them. She said I could, and here they are in her own words: 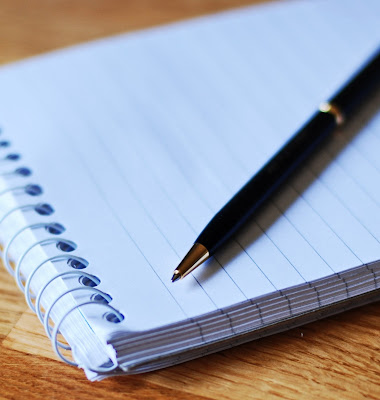 From what I have observed, all homeschooled girl bloggers either write a blog post on this subject sometime in their mid teen years, or, once they get into their later teen years, are (presumably) given no peace until they do so. Though this has not been true in my case (I cannot see why), I turned nineteen last week, so I thought for once: why not fall into the homeschooled young lady stereotype of my own accord? Why not be the one to write the bazillionth article saying pretty much the same thing, in pretty much the same words about the necessity of defining one's terms, and which of those clearly defined terms I prefer but am not going to force on everyone else, etc., etc.?And so, like bloggers have from the beginning of time, I sat down at my computer, completely unresearched, with no sources but my own experience and (mostly unfounded) opinion, and set about broadcasting my knowledge and lack thereof on the internet. This was the result. I hope —but do not expect— that you find it helpful and enlightening:
In my mind, the differences between Dating and Courtship are quite simple and obvious. Granted, there is more than one definition of each. Still, I thought, if you only saw the definitions written down you would see how they simply cannot be confused. They are entirely different things however one looks at it.
Here are the definitions as outlined by M. C. Eddy, Defining Courtship and Dating, 2015:

1. A ship that is employed by the court.

2. A ship the carries around the court. (i.e. When the viking kings would go to battle the king and his court would all be in one ship so that they could confer more conveniently. More often, however, this is called the "Kingship".)

3. Ships used by individual court members to attend court when the actual court consisted entirely of water. This particular kind of court was mostly limited to the Renessaince era in Venice and similar parts of Italy. Its general impracticality, and the ease of "accidentally" dispensing of opposing members of the court by toppling them out of their boat overrode the aesthetic appeal as soon as reason once more reigned in Europe.

1. The process of making historical dates. This is most commonly employed by historians and archaeologists, but is very easy to do by anyone. The preferred process is to find something (in the ground or otherwise) and make up a time period for it. Using as many zeros as possible is encouraged.

2. The process of making a certain food like substance called dates. We seem to recall that drying them is necessary at some point in the process. We are not completely sure what they were before becoming dates. It is commonly believed that dates were figs, or some other kind of fruit, before becoming distorted and altered in taste, texture, and appearance. The personal theory of the author is that they were at one time the heads of very large caterpillars.

What did I say? Dating and Courtship are very different things. I, personally, prefer courtship, as I do not find even the mental picture of caterpillar heads very appetizing. However, if you do, I will try not to judge you, though I doubt that I will succeed.

This has been Margaret Eddy: bringing clarity where there was confusion.
at August 24, 2015