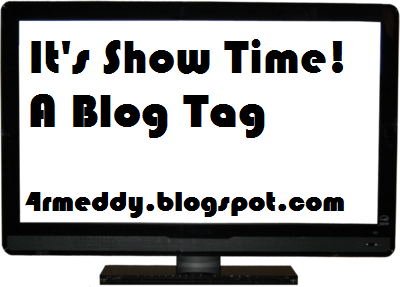 I know, I know...I'm REALLY late for this one. Rebekah tagged me last month, and I just now finally got around to doing it. My deepest apologies. ;)

>>Answer the questions
>>Tag 3 to 5 people
1.Who's your favorite actors?

Sean Astin better known as "Samwise" from LOTR. I also really liked him in "Mom's Night Out", though it was a little bit of a shock to see him in a different setting. ;)

Asa Butterfield from "Hugo" and "Ender's Game" (this movie is way better than the book btw).


2.Who's your favorite actresses?

Kate Winslet as Marianne Dashwood from "Sense and Sensibility".

Jennifer Ehle as Elizabeth Bennet in "Pride and Prejudice".
3.What's your favorite animated movie?
Ooo...that's a tough one. Probably "Big Hero Six". But "Up", "Ice Age" (the first one), and "Wall-E" are a close three-way tie for second.
4. Do you like to have a snack while you watch a movie? If so, what's your favorite?
I'm going to make at least ONE person very happy when I say sour patch kids...(I think everyone knows who I'm talking about :P) but since those aren't on hand every time I usually don't have anything or settle on the second best which is usually ice cream or popcorn.
5.What's your favorite genre?
I like a wide variety, so I don't think it's possible to choose a favorite genre. That's like asking what my favorite genre of books to read are. :)
6.What's you're favorite TV shows?
Does Studio C count? If so, then definitely them and also the black and white Zorro TV show. Daniel Boone is pretty good too.
7.What's your top favorite movie?
AHHHHHHHHHHHHHHHHHHHHHHHHHHHHHH! YOU DID NOT JUST ASK THAT QUESTION!!!!! *runs around with hands in the air screaming hysterically*

I think I may have overreacted a little. My apologies.
Honestly, though, how do think I should react to a question like that?? I mean, my favorite movie changes like EVERY DAY. Well, not quite, but probably at least once a month.
CURRENTLY, my favorite movie is "The Giver". But that will probably change very soon. ;)
8.Are there any movies coming out soon you can't wait to see?
I don't really have my finger on the pulse of the current movie publications, but I've heard that a "How to Train Your Dragon 3" is coming out soonish...I've been disappointed in the past with sequels, so I can only hope that they don't ruin the characters. Also, there may or may not already be a "Kung Fu Panda 3" out. There's another one I'd like to eventually see...if it's worth seeing.
9.What's your favorite sport based movie?
Does fencing count as a sport? In that case, probably "Robin Hood" and the Zorro TV series.
If not, then definitely "Facing the Giants". That movie has been a family favorite FOREVER. Well, ever since we watched it. ;)
10.What was the last movie you watched in the theaters?
*whispers* I've never watched a movie in the theater before.
*in normal voice* Not that I would mind going to a theater and watching a good movie at some point, but our family usually just waits for whatever movie to come out on iTunes, then Dad and Mom will preview it and then us kids (all of us or sometimes just us older kids) will watch it if it's "parent approved".
Am I upset because my parents shelter our movie watching? ABSOLUTELY NOT. I'm SO glad they filter our movie watching, and it's something I hope to be able to do to help my future kids.

And now *drumroll* here are the five lucky persons who I tag!
Emily McConnell
Jesseca Dawn
Jonathan Trout
Joey Jordan
Lydia Dyslin
Here's the questions in order to make it easier to copy and paste ;) :
1.Who's your favorite actor's?