Hey all, sorry its taken so long for this book review. Hopefully next month's choice will be easier to make...since sadly I haven't had as much time to read what with graduation and beginnings of summer activities and all. But I'm getting ahead of myself. ;) Without further ado, I give you: 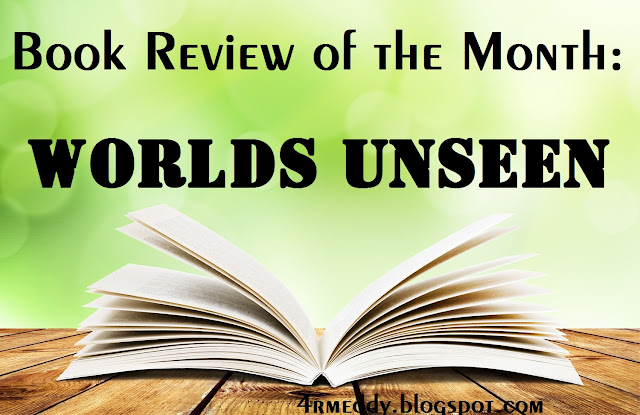 Summery: (borrowed from Amazon)
The Council for Exploration Into Worlds Unseen believed there was more to reality than the Empire had taught them – but when they came a little too close to the truth, tragedy ended their work, leaving the terrifying and beautiful world behind their own still hidden.
Forty years later, one of the last Council members entrusts an ancient relic to the orphaned Maggie Sheffield: a scroll that reveals the truth at last. Along with Nicolas Fisher, a Gypsy who hears things that no one else can, Maggie sets out on a journey across the Seventh World to deliver the scroll to those who can use it.
But the price of truth may be too high: for Maggie and Nicolas are tearing at the Veil between the seen and unseen, between good and evil, between forgotten past and treacherous future.
Monstrous forces are already on their tail.
And when the Veil grows thin enough, it’s anyone’s guess what may come through.


My Review:
Wow. I couldn’t have summed up the book that good if someone was paying me.  Plus, there are minimal spoilers, which I would have, and will later, use a TON. This book definitely qualifies as an action packed page-turner; it kept me up late into the night a couple nights in a row. I would have read it through the night, except I knew that I would be in huge trouble, not to mention very tired, the following day. ;)
Worlds Unseen is a Christian fantasy book that contains hints of steam punk, but also depths of spiritual truth. I’m a sucker for memorable characters, and this book had quite a few. Soon you’ll be meeting some of my favorite when I get to that section of the book review.
This inspirational work of fiction confronts darkness and reveals breathtaking beauty along with helping your heart come closer to God.
World’s Unseen is the first book in the Seventh World Trilogy and I have high hopes that the other two books in the series are as well written and cleverly plotted as the first.
I had a few doubts when I started the book, but by the time I finished it, I loved it to pieces, and am looking forward to finishing the trilogy!
And, just so you know, it’s currently free as an e-book on Amazon! So if you want to read it too, and give your review of the book, or are simply looking for an awesome story to wile away summer evenings, this book is the book for you! Check it out! I highly, HIGHLY recommend it…and not just because of its cool cover. ;P

The Characters: (Look out for spoilers…I may or may not warn you)
One of the strong points in this book were all the characters. I felt they were well written, unique, and some of them very deep. A few I didn’t totally understand, and a couple frankly creeped me out. But they were supposed too. So. Below are a few of my favorites…I could give you lots more, but I limited myself to four so as to make this review not go on forever. ;) (Which it would, trust me, if I gave you ALL the characters I liked.)


Nicolas Fisher: I know, he’s not the main character…but he is my favorite. I mean, not only can he hear amazing things (like nature talk and what people are thinking) but he also has a pet wild bear. Which is EPICALLY AWESOME. :)  Oh, he also lives in the woods, is a Gypsy, and rescues Maggie countless times. *SPOILER* (He also falls in love with her…but read about it for yourself!) *END OF SPOILER*


Pat: Maggie’s adopted sister, and a little bit of a wild thing. She lives a shady life outside of the Sheffield home, but she loves her adopted mother and sister to bits and wouldn’t hurt them for anything. She helps Maggie in her mission to bring the scroll to the remaining Council member who can read it, and is by Maggie’s side through the battle that comes after that…I won’t tell you when so as not to give away TOO much. ;)


Mrs. Cook: Maggie and Pat’s mother who adopted them. She’s a loving, worrying, and gentle mother figure for both girls, and loves them like only a mother can. She doesn’t stop there though: Mrs. Cook, along with Pat, follows Maggie and Nicolas when they take the scroll to the city and is there to help them through the trials they face there.


Maggie Sheffield: Of course the main character is going to be on the favorite characters list. After all, she is who you’re supposed to be feeling sorry for the entire story. And really, Maggie is a loveable character. There are times when I got a little frustrated with her…*SPOILER* like when she falls in love with someone other than Nicolas…I mean, really, he has a pet bear and he SAVED YOUR LIFE FOR CRYING OUT LOUD!!! Not to mention he’s handsome and did I mention he has a pet bear?? How could you not love him!?!?!? *END OF SPOILER* but all in all, she’s a nice girl and is trying her hardest to pull the world she knows and loves back together again. After all, it wasn’t really her fault that *see…or don’t see the above spoiler* that happened. He was a nice young man too…ok, enough said or I’m going to get into trouble here. ;)


The Plot: (More spoilers…I’m warning you now. ;)
THE PLOT WAS AMAZING. I try to steer clear of books with a lot of spiritual forces fighting in it, simply because I don’t think it’s healthy to read a lot of that (outside of the Bible of course ;). Which, I might add, is the same for all genres…some more than others *cough, cough* Romance *cough, cough*. But I think Rachel did a fabulous job portraying the evil vs. good in her book, and her plot was very unique. The “bad guys” were very obviously evil, although some may have thought they weren’t, and the “good guys” were obviously good. Though Maggie sometimes wasn’t sure what she believed, she knew she didn’t like evil. I appreciated how Rachel made sure that even though her main character’s weren’t perfect, they knew where to stand when the time came, and they stood strong for what they knew was right.


The Setting(s): (Possibly more spoilers…be on the lookout)
Rachel is very good at describing settings. While reading I could see it all in my mind’s eye, which is something I totally judge a book by. No good settings, no good book…well ok, there are exceptions to that rule as there are with every rule, but I digress. Below are a few of my favorite settings:
The Gypsy camp/Forest journey:  I love this part. It’s so pretty, in a dark and mysterious way. I mean, sure you’re wondering when the evil thing that’s chasing them is going to show up, but with Nicolas and Bear protecting Maggie, what could possibly go wrong? ;)
Also the castle where Maggie and Nicolas go to deliver their scroll to John Huss, one of the last surviving Council members. This setting is also cool. Partially because I LOVE CASTLES, (who doesn’t?) but also because I felt is was well described and you, as a reader, could almost feel like you were there while reading about Maggie and Nicolas’s time there.

Enough said. I think this gives you a good picture of what I think about the book. ;) Now it’s your turn:
Have you ever read WORLDS UNSEEN?
If not, I think you should go check it out as an e-book on Amazon. Worst-case scenario, you “buy” a free book that you don’t ever read.
If so, what did you think of it? Which characters and/or settings were your favorites?


Tata for now! Hope you enjoyed the belated book review. ;)