My beloved oldest sister, Sarah, tagged me. This is the first time I got this particular tag, and after reading her post I couldn't help doing it. It looked (and was) fun...surprisingly, considering what the tag is about.
Villains.
All of the "good" villains are ugly, (the heroes are the handsome ones, right?) wicked, crafty, conniving, and downright mean.
But in their own way, they are works of art. Crafted by their authors to be real people with real reasons behind their wickedness.
Even Satan, the obvious number one villain (whom I won't put in this post as one of my top ten villains because Sarah posted him in her blog post...grr) had his own reasons for getting himself banished from God's presence. He wanted to be like God. And that was his huge mistake. NO ONE could ever be like God. And so he became the worst villain this world has ever, or will ever see. And he is a real thing. He was a beautiful thing. An angel of light. But he wanted more. And so sin entered our world.
But now I'll go onto the real post and give you MY top ten villains and why I chose them as my top ten villains.
﻿

1. Post the button. (That one just above the rules)
2. Thank the blogger who tagged you. (Already done :)
3. List your top ten favorite villains and why you chose them(they can be from movies or books). (And please feel free to use any of the ones I used)
4. Tag ten other bloggers. (As many or as few as you like)

#1: Judas Iscariot (from the Bible) 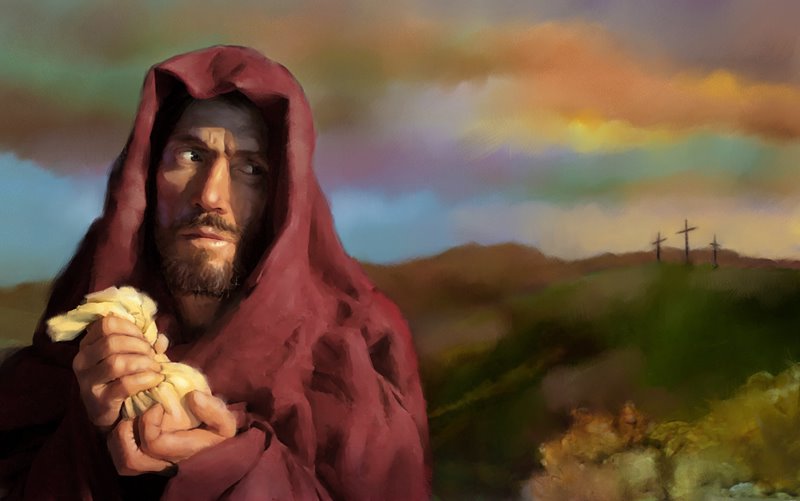 He sold his Savior with the kiss of a betrayer. Because of his lust for gold, he led the Roman soldiers to Jesus, who dragged Jesus to Pilot, who sent Jesus to Golgotha...and there He had a painful death in order to save us from our sins.
Since Satan was already used as a number one villain, I chose Judas Iscariot, a greedy betrayer and one of the most famous villains in the Bible as his substitute.
#2: Darth Sidious (from Star Wars):

Not only is this guy super creepy, but a very well done villain. He has his reasons for wanting to control the galaxy, and he has his ways to get it done. Power-hungry and revengeful, this Sith Lord is a classic bad guy in black. Also, I might add, he has the hideous looks that many villains have.
#3: Soron (from Lord of the Rings):

The inventor of The Ring of Power that single handedly destroyed lives all by itself. The master of thousands upon thousands of evil orcs (and a wizard) who loved nothing more than destroying anything beautiful. The not-quite-all-seeing eye that watched the world around him destroyed...at his orders. Yes, Tolkien created an evil in his villain that would frighten book readers and eventually movie watchers for generations.
#4: The White Witch (from The Lion, the Witch, and the Wardrobe):
﻿

I know, I'm putting a FEMALE villain in here. *shock* But I have my reasons...hear me out. (And yes, I think her chain-mail dress is cool. Don't judge.) For one thing, C. S. Lewis did a fantastic job creating her character...and making everyone who reads about/watches her loathe her. That shows a villain(ess?) well made. For another thing, she too shows the characteristics of the typical villain: cruelty, cunning, and power-hungry. Hint to you aspiring authors out there: if you want good villains, learn from these ones.
#5: Professor Moriarty (from Sherlock Holmes):

I have to admit to never watching the Sherlock Holmes movies. I've only ever read the books...and that was at least a year and a half ago. Which probably means I should read them again. :) But, I still admired Sir Arthur Conan Doyle's genius when he made Holmes' nemesis. A brilliant, but ruthless man who could almost always stay equal, if not ahead, of Holmes and his side-kick.
﻿
#6: The Monster in the Hollows (from Monster in the Hollows):
Ok, so look though I did, I couldn't find any pictures of The Monster in the Hollows. I also purposely didn't name him because to do so would then give a MAJOR plot spoiler to all of you who haven't read the book. So go read it. And then you'll know why I put him up here as one of my top ten villains. ;)
#7: Metalbeak and his Evil Queen (from Guardians of Ga'hoole): 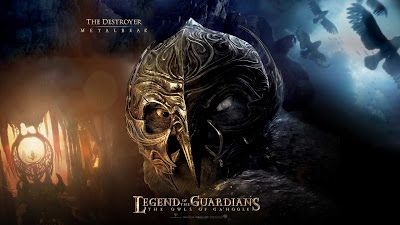 These two owls made a lasting impression on me...even though I watched the movie at least three years ago, they still give me the shivers. Metalbeak is the power-hungry, greedy villain, and his mate is his beautiful but deadly helper. Together, as a team, these two wicked owls make a formidable foe. And I sure wouldn't want one of them outside my window at night either.
#8: Lord Shen (from Kung Fu Panda 2):
﻿ Who would have thought that a peacock would make a good villain? Well, like owls, peacocks can be made into excellent bad guys. Start with a naturally wicked bend, toss in some disappointment and frustration, add a pinch of fear, then top it all off with a thirst for power and revenge. And there you have a villain, hot off the press, and waiting for action. Most sequels have made me sorely disappointed after watching the first movie...but Kung Fu Panda 2 was a welcome change. Besides, I have a soft spot in my heart for the panda who shares the same personality as me. ;)
#9: The Six-fingered Count (from Princess Bride):
﻿

Again, Sarah stole the one I would have used from this movie (Prince Humperdinck) in her post, so I used Count Rugen instead. After thinking about it a little, I realized that really, the count is almost more of a villain than the prince. After all, except at the end, HE'S the one carrying out the torture, and HE was the one that murdered Inigo's father. And he has six fingers and is a coward, which does help his natural villainousness. (I know that's not a word.)
#10: Drago (from How to Train Your Dragon 2):
﻿

This guy is creepy all the way through. Even his dragon is creepy. I mean, seriously, just LOOK at him. And, I might add, he's ugly...just like most villains. Again, Drago, like most villains, is also power-hungry, greedy, and cruel. And, like most villains, he also has his reasons. He is certainly NOT someone I would ever want to come across in a dark alleyway.
********************************************************************﻿
Isn't amazing to look at all these villains, realize how much each of them have in common, and yet each are completely different? This above all things shows what true masters their creators were. And now, it's YOUR turn to try to find and identify your top ten villains! Here's who I tag:
>>Lydia S. from C'est La Vie
>>Blessing Counter from Counting Your Blessings One by One
>>Jonathan Trout from Fishing for Ideas
>>Addyson from I Am Addyson
>>Livvie Lisa from Jesus Shine Through My Art
>>Rebekah Ashleigh from Rebekah Ashleigh
>>Rebekah from Rebekah's Reading Room
>>Twenty One Cappuccinos and a Cat from Slightly Deccafinated Ramblings about Stupid People
>>Faith P. from Stories by Firefly!
>>Aiden Bender from The Story Forger
>>Faith from Take Me Deeper
>>Abigayle Ellison from The Left-Handed Typist
>>Sophie Brenton from The Magic in Our Words
>>Jonathan from The Second Brother
>>Sharon Small from The Smallest Small
>>Shai Ireland from Thinking About...
>>Lydia Dyslin from Through the Wardrobe
>>Bethany R. from A Great God and Good Cocoa
>>Margaret Eddy from Preparing for the Ultimate Career
Whew! I think that's about all. If you WEREN'T tagged, but still want to do it, go ahead! We live in a free country. ;)
﻿
at April 19, 2016