My good friend and fellow (sister?) author is publishing a Christmas WWII Cinderella re-telling and invited some of us to join her in spreading the good news that y'all can buy it now!! ^_^ I agreed to do this spotlight on it! 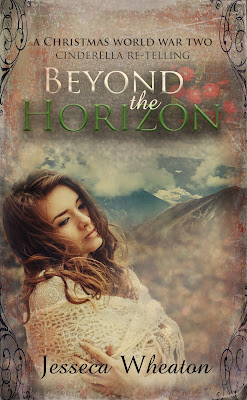 
Eliana longs to see the world beyond the mountains that tower above Salzburg, Austria, but knows that dream will never see such adventure- and neither will she.
Surrounded by a world of cruelty, she lives for the weekly visits of Aron, a boy she met on one of her rambles through the countryside.

But as the years pass and she begins to grow older, a new and unwelcome world is opened up to her.

On a fateful night at a party she vowed she’d never attend, she comes face to face with a shocking truth.

As the world around her teeters on the brink of war, Eliana struggles to figure out just where her loyalty lies; a decision that will drastically change the course of her life. Will she ever be free to see what lies beyond the horizon? 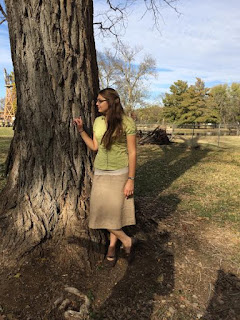 Jesseca is an 18-year old daughter, sister, and a child of God. Her days are spent reading, cooking, spending time with siblings, or playing piano.  And writing, of course! At an early age words fascinated her, and her love for the printed page has only grown. She lives with her parents and seven siblings in the sunny state of Kansas, and she’s convinced there’s no place like home.

--What Inspired Beyond the Horizon?
Well, when I traveled to Washington in October, I was able to watch the 2015 Cinderella  for the first time ever. I loved it so much! The whole setting and all made it feel historical, and not at all fantasy. And, immediately, one of the first things I thought was "What would it be like to write Cinderella in WWII?" So that idea and the 2015 movie is what inspired the book. ;)

--How did mixing the fairy-tale and historical aspects work?
Well, I pretty mcuh took all magic out of the story, so it wasn't too difficult. There are some twists that are different from Cinderella, and of course the era is different so than changed a bit. What was nice about Cinderella was the there really isn't any spells or such involved in the original fairy tale, so it was fairly easy to set it in a realistic world. And ... *cough, cough* I pretty much skipped over the fairy Godmother part with one of the twists. *cough, cough*

--How long, from start to finish, did it take you to write Beyond the Horizon?
Ohh, writing or editing? ;) I wrote the whole thing in about two weeks from start to finish, and it ended up around 19K words. With the editing and all, it took me about a month and a half. Probably wouldn't have been as long, but I was trying to balance it all out with NaNo, sooo...that made it a bit slower.

--What did you do for editing?
Well, the first draft was awful. xD I took a week or so break to start NaNo, and then I edited a chapter or so a day. It's about 10 chapter, so that made it pretty quick to be able to edit. After that, I sent it to my critique partner who read through it and gave me feedback, and then it got sent out to beta-readers. Doing it this way works well for me, because then I get help with the 2nd draft from my critique partner, and it gets improved a lot before the beta-readers get it. ;) And of course, beta-readers are awesome because they seem to catch EVERYTHING!

--How did the cover designing go/ who designed the cover?
It was amazing! I placed 1st in a writing contest earlier this year, and the prize was a free cover design from Willowy Whisper ( http://willowywhisper.com/). I had pretty much no idea what I wanted the cover to look like, so she sent me a list of questions about the story, setting, characters etc. Literally, that was all. I knew I wanted mountains, so I told her that. And then she told me she'd get back with me. I was SHOCKED when I saw the cover! It was the most beautiful thing ever! So yes, I'd highly recommend her as a cover designer! Even if you don't know what you want for a cover, she'll make you something beautiful!

--Any tips for mixing the historical/fantasy worlds?
Hmm, well, as I said above, it was fairly easy for Cinderella. I think one of the main things to remember is that you're writing a retelling. As such, your main character, plot, and pretty much everything else may differ from the original. But even if you change a lot, keep some of the original elements in the story, so that the reader can see the nods to the original. There's nothing I enjoy more than reading a retelling and looking for all the little things that refer to the original fairytale. Just little details make such a difference, even if your plot is wildly different. Oh, and don't kill off the prince, or hero of the story. That's just . . . sad. ;)

Well? What do you think? You're going to go buy the book now, right?? ;) See you back here tomorrow!!