Millions That Will Never

Boy, I'm really loading you with blog posts this month, aren't I? Well, here's my excuses:
1) I've had these weird moments of inspiration late at night recently,
2) At least with this poem, it's something I've wanted to write a poem about for a long time, and
3) I've been trying to reach my quota of 100 words a day, and sometimes blog posts are easier to write than stories. Really.

But now onto why I wrote this particular poem.

Abortion. Millions of babies that are being killed every day. And so many people don't care.
I'm not one who will cry willy-nilly over movies or books who are trying to pull your emotional strings, but abortion gets me. Every. Single. Time.

So I wrote a poem to express what I feel when someone talks about Planned Parenthood or any other abortion system. Sure I feel angry at what they're doing, who wouldn't? But also I feel a sense of loss, and inexpressible sadness. So on that note now I give you:


Millions That Will Never:
Written by Rebekah Eddy 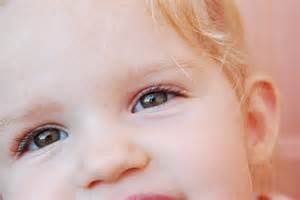 Millions of little eyes
That will never see
Dewdrops on roses
Or a giant tree.

Millions of little ears
That will never hear
Voices of loved ones
And those they hold dear.

Millions of little mouths
That will never speak
Sing, shout, and laugh,
Or cry when they're weak.

Millions of noses
That will never sniff
Home-baked, hot cookies
Or bleed from a biff.

Millions of little hands
That will never hold
Other precious babies
When they are old.

Millions of little lives
Are lost every day,
Murdered by humans
They don't have a say.
Those ones who kill them,
They all were born,
They too were babies
Small and forlorn.
Why aren't they grateful
For being alive,
And give all those babies
A chance to survive?

God cares for the millions,
He loves them all,
He carries those babies
Past heaven's wall.
Though millions won't see
What it's like here,
I can only imagine
Their life without fear.
It's tragic to see
Their precious lives lost,
But God's in control
And He knows the cost.
Those ones who take lives
And innocent souls
Will reap their reward
From all earthly goals.
God will not let
Their sins stay hid,
They'll surely pay
For all that they did.

But while we're here on earth
We speak for those
Who can't talk for themselves,
Who can't interpose.
We can fight for the millions,
We can stand strong,
We can tell all the others
That these babies belong!
So join in our battle,
For those millions need
People who love them
And who will intercede.